Fact No. 1 about Australians

Australians like to use short words and whole expressions in conversation. For example,

Brekkie (instead of breakfast – “breakfast”) 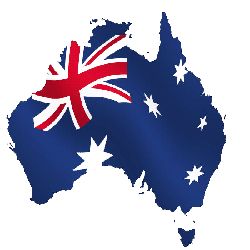 Fact No. 2 about Australians

Fry in sausage and barbecue parlours on free public gas braziers. The gas is turned on when the button is pressed and after a while, it turns off automatically.

Fact No. 3 about Australians

Call themselves ” aussie” – a diminutive from Australia.

Fact No. 4 about Australians

Give each other nicknames that are attributed to people even in telephone directories. There are many people in the country with identical names – Smith, Jones, Williams.

Fact No. 5 about Australians

They write in the credits of the films a warning that there are pictures with already dead people in the picture. So show respect to the Aborigines, some of whom believe that photo and video images steal part of the human soul. Oppression of the indigenous population is a painful topic for Australians. The Aboriginal flag is considered official. He is hung in schools near the national.

Fact No. 6 about Australians

Beer in bars is served in small glasses resembling wine glasses. And cooled to such an extent that it is impossible to drink it from a large mug – it reduces teeth. Tinny (banks) and stabi (bottles of 375 ml) are kept in refrigerated containers called eski – from the word “Eskimo”.

Fact No. 7 about Australians

Fact No. 8 about Australians

Put machines in the vestibules of many schools and state institutions with dispensers of sunscreen – the sun is too active on the mainland.

Fact No. 9 about Australians

Shoe shakes not after walking, but before it – in the shoes at the entrance to the house can get poisonous spiders.