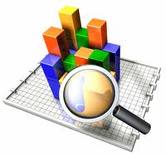 The main point to look at this chart is that around 24th Aug 2011, Doda-Donchian and Doda-Bands gave sell signal. But after few days, the price moved upward and Doda-Donchian gave buy signal. As I’ve already explained in one of my previous posts, that to filter false signals of Doda-Donchain, one MUST look at Doda-bands also.

The price of GBPUSD moved downside considerable after that.

To summarize, take your long or short positions ONLY when both – Doda-Donchain and Doda-Bands confirmed that.