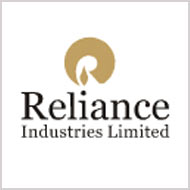 As already mentioned, various moving averages smooth out price data and facilitate the possibility of identifying trends, which is especially important in volatile markets.

In order to reduce the lag using moving averages, technical analysts often use the Exponential Moving Average- EMA). The exponential moving average reduces the lag, giving more weight to the last prices compared to more distant prices. This allows you to respond much more quickly to the current price changes compared with the simple moving average.

The basic formula is as follows:

As mentioned above, you can change the exponential moving average period in two ways:

On a real chart, the difference between a simple moving average and an exponential is not very large, although it is present. It is believed that the exponential sliding ray reflects the market prices, all other things being equal because the effect of each previous price decreases exponentially with its remoteness from the current price.

In addition to everything, the use of the moving average depends on the currency pair on which you trade. The choice of the sliding always leads to the old dilemma of technical analysis – the choice between sensitivity and the desire to reduce the number of false signals.