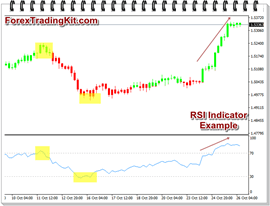 The indicator was developed by J. Wallace Wilder. For the first time, the Relative Strength Index was introduced in June 1978 in the journal Commodities (now known as Futures), and then published in his book “New concepts in technical trading systems” and has since become one of the most popular oscillators assessing the strength of the movement. The Relative Strength Index compares the value of recent asset price rises with the magnitude of its falls and provides this information in the form of a number ranging from 0 to 100. The only parameter of the relative strength index is the time period used in the calculation.

Note: Be careful, since the name Relative Strength is quite common in various types of technical market analysis , for example, John Murphy’s Relative Strength analysis or indicators that show the relative strength of various securities in the stock market. It must be remembered that the Relative Strength Index is calculated based on the price of one asset. 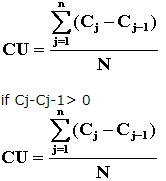 The author himself recommends 14 periods as the main parameter. 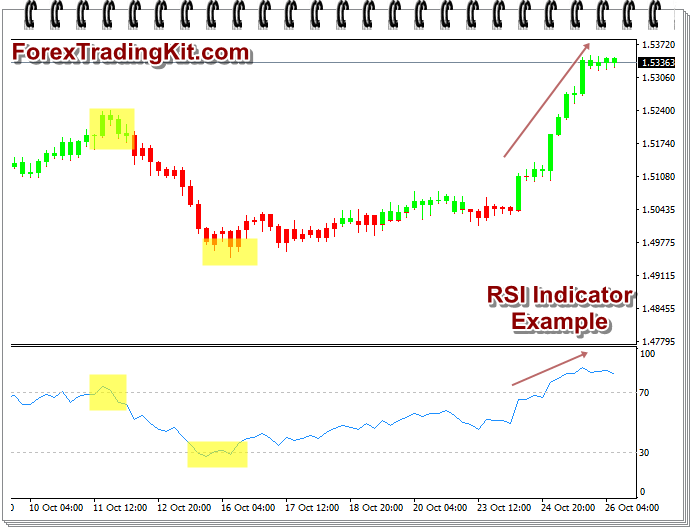 As with most oscillators, the more data is used to calculate RSI (the longer the RSI period), the more accurate the results will be. In most cases, for the RSI market analysis, a typical overbought and oversold zone method is used. The author (Wilder) recommends using for zones overbought and oversold zones correspondingly above 70 and below 30. The zone above 70 thus by the author shows that the market is overbought (ie further upward movement will soon exhaust itself), and the zone below 30 is considered oversold zone(ie further downward movement will soon exhaust itself). However, there are many other variations regarding the ratio of these levels: 75/25 or 80/20.

In the Forex market, the last level ratio is often used. As the central, usually consider the level of 50.

The use of the Relative Strength Index as the main indicator in the trend market can lead to a large number of false signals.

How to use Relative Strength Index Indicator?

It works poorly during the trend on the market (it gives many false signals).